The Leshan Giant Buddha statue is located at east part of Leshan City and 170 kilometers away from Chengdu, It is carved out of a cliff face that lies at the confluence of the Minjiang and Qingyi rivers in the southern part of Sichuan province in China.

Construction on the Giant Buddha began in 714 AD. It was the idea of a monk named Haitong, who expected that the Buddha would calm the turbulent waters that plagued the shipping vessels going down the river. The "Mount Emei Scenic Area with Leshan Giant Buddha" was listed as a UNESCO World Heritage Site on 1997. 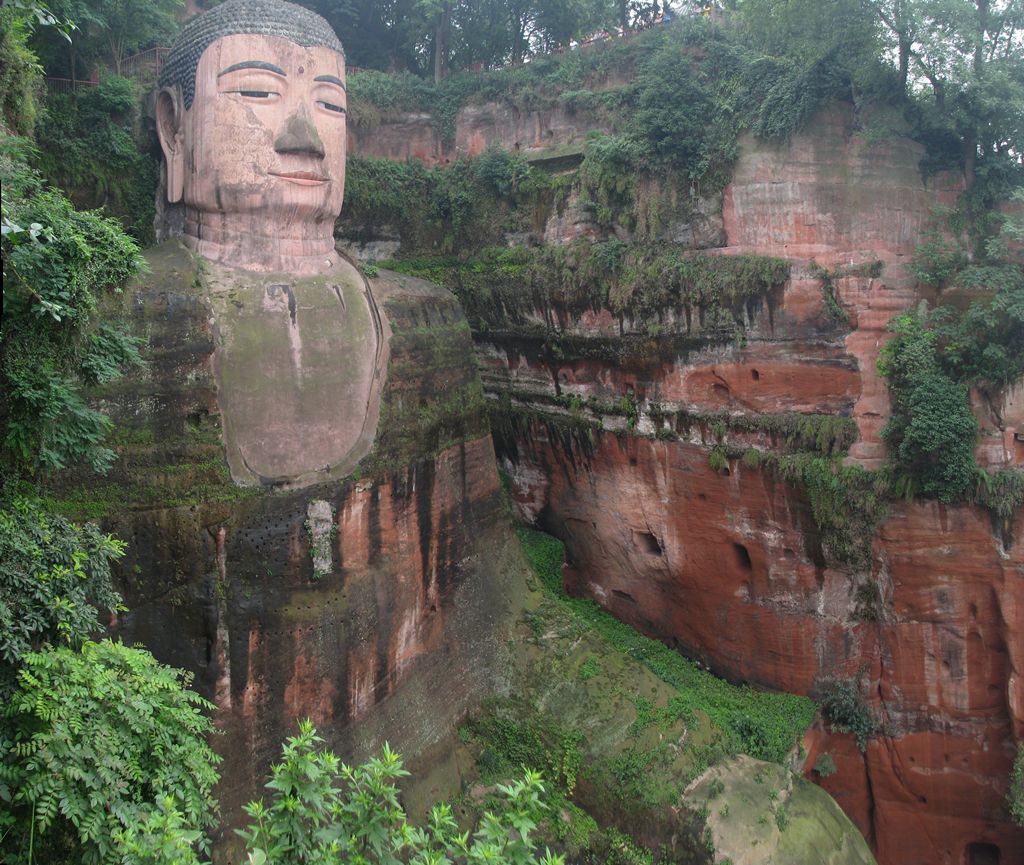