Elephant Trunk Hill is the symbol of the city of Guilin, which has several popular spots. One is Water Moon Cave. Between the elephant's trunk and its body is a round cave which is like a moon reflecting on the river. 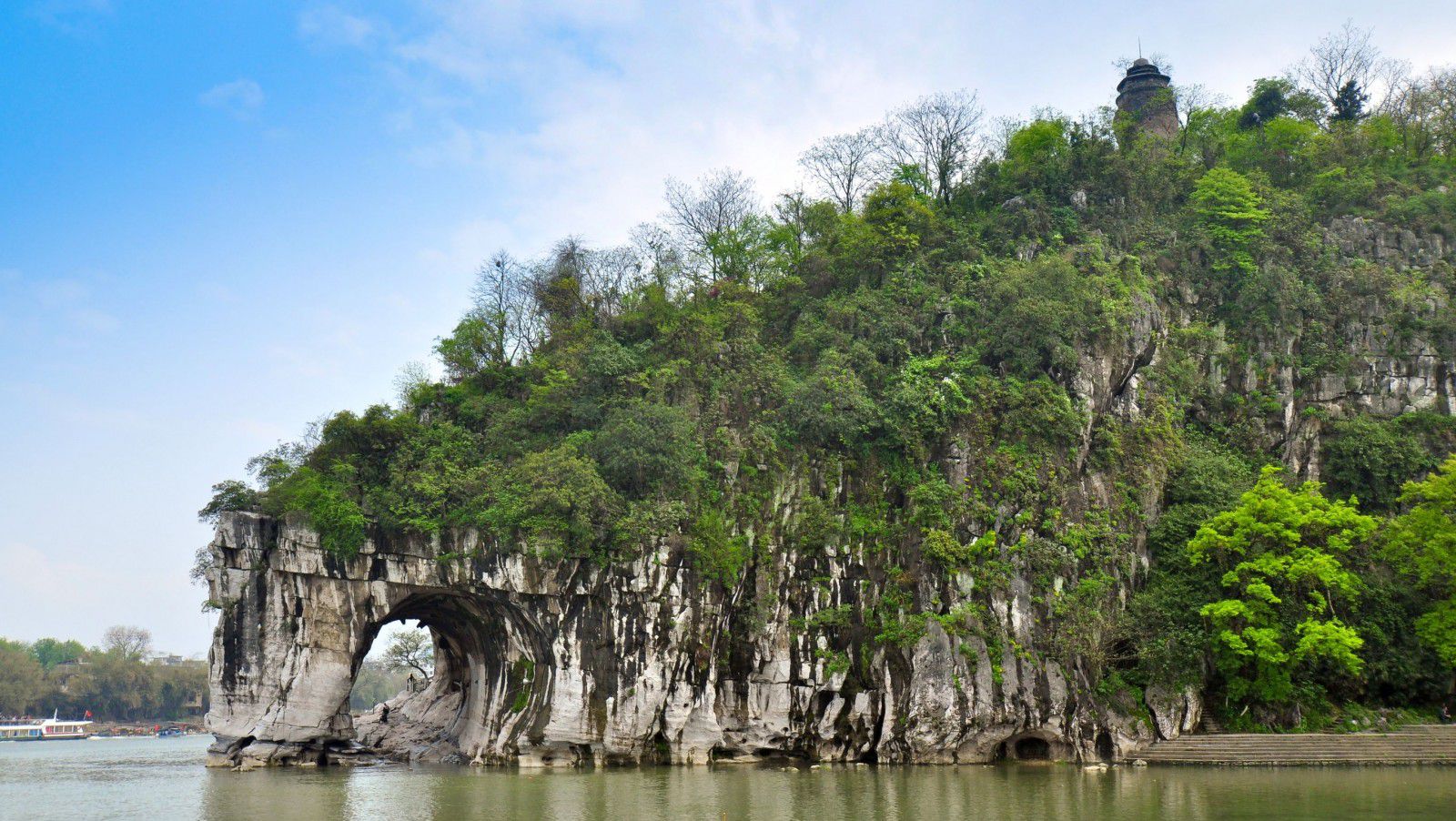 The Elephant Trunk Hill . Many ancient poets wrote poem to describe the magnificence of "Water Moon of Elephant Hill". Elephant's Eye Stone is another famous spot, and it is also one of the four top Guilin attractions that all visitors coming to town usually stop by. Regarded as the most impreesive one of Guilin city, the site is the most famous hill formation out of the many rising straight out of the ground throughout the Guilin city. 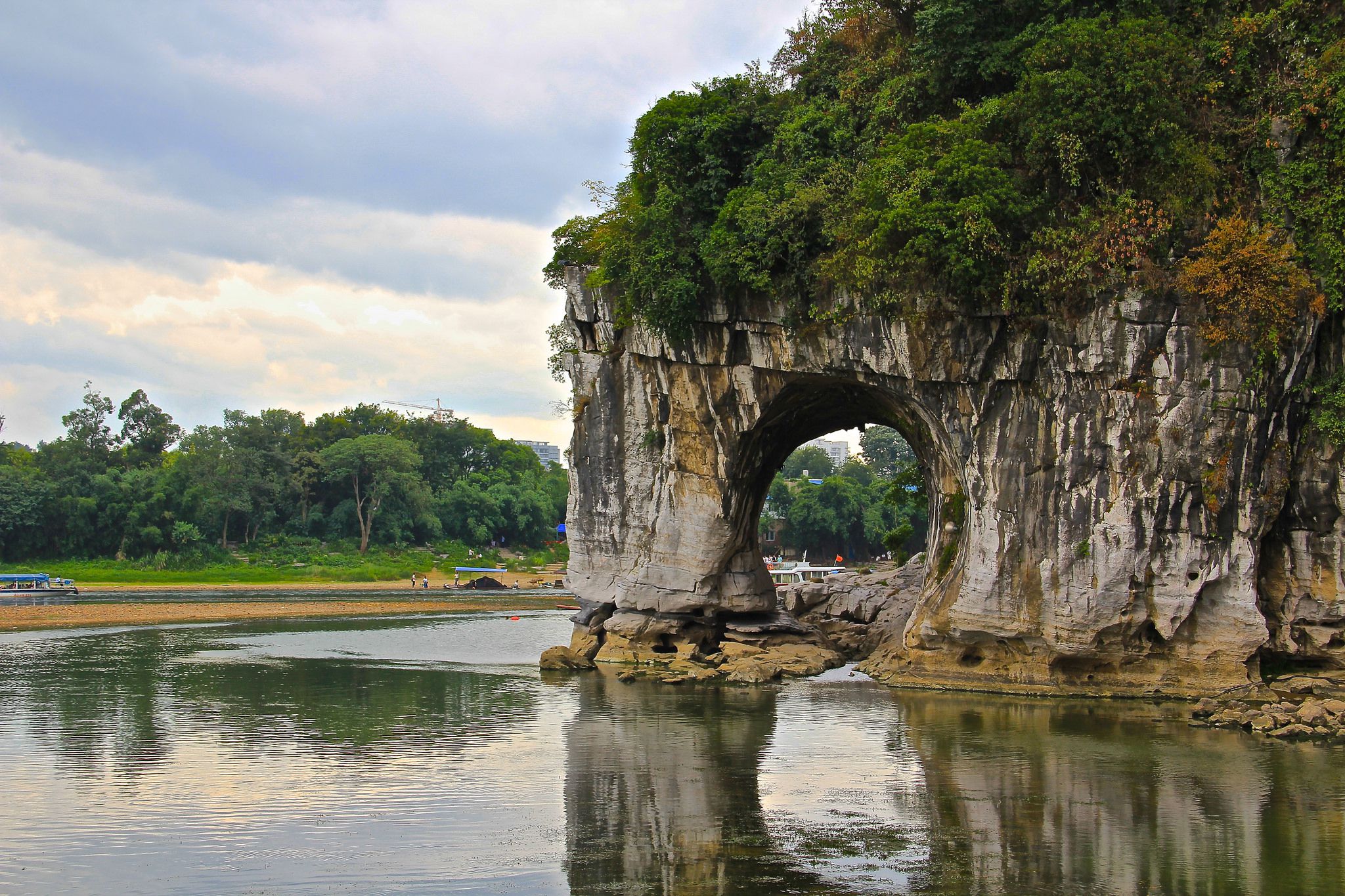