Xi'an's city wall, after its enlargement in the early Ming Dynasty, It made the wall quite strong and firm. Then the wall was totally enclosed with bricks. A moat, wide and deep, ran around the city. Over the moat, there used to be a huge drawbridge, which would cut off the way in and out of the city area, once lifted. Xian's ancient City Wall is the most impressive ancient Chinese wall in existence. 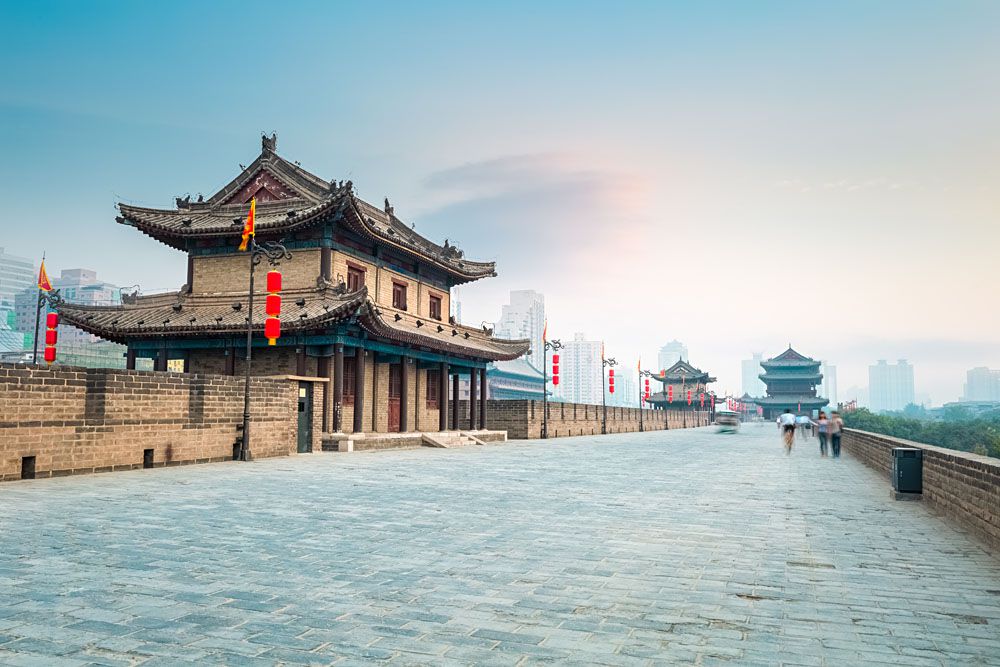 The gates of the city wall were the only way to go into and out of town. Therefore, these gates were important strategic points,  the gate tower, which holds the drawbridge, the narrow tower and the main tower.