Chinese Kung Fu History
The theory of kung fu is based upon classical Chinese philosophy. Over its long history it has developed as a unique combination of exercise, practical self-defense, self-discipline, and art.

It is estimated that Chinese Kung Fu can be dated back to primeval society. At that time people used cudgels to fight against wild beasts. Gradually they accumulated experience in self defense. When the Shang Dynasty (1600–1046 BC) began, hunting was considered as an important measure of kung fu training... More on kung fu history>>

The Theory of Kung Fu
Chinese kung fu is a large system of theory and practice. It combines techniques of self-defense and health-keeping.

In sports like track and field, ball sports, weightlifting, and boxing, an athlete typically has to retire from full participation in his 30s. Injuries sustained during years of active sport participation at a young age can affect our ability to continue exercising in later life. 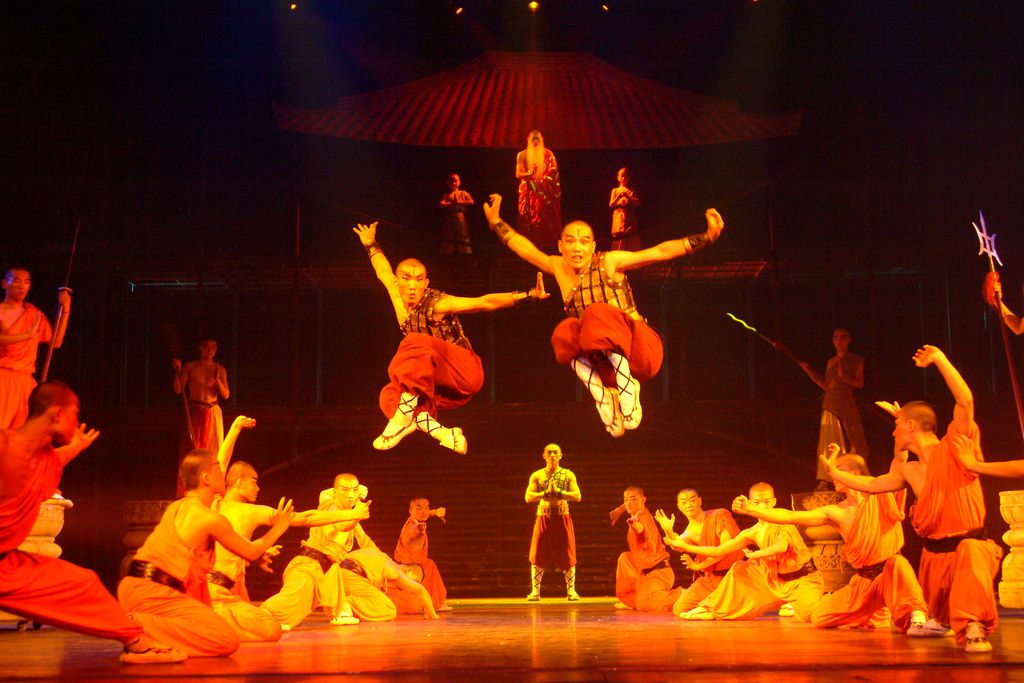 You too can practice tai chi in China!
Taijiquan (/tie-jee-chwen/), i.e. tai chi, is a Taoist internal martial art. One account of the history of taijiquan credits its development to the Taoist immortal Chang San-feng, who is said to have drawn the inspiration for the art by watching a fight between an snake and an aggressive eagle. More on taijiquan>>

"Qi gong" (literally 'breath exercise') is an invaluable component of traditional Chinese medicine that has its origin in ancient times. Its primary stimulus was the search for longevity, with the ultimate aim of immortality, which has so enchanted the Chinese mind for centuries. More on qi gong>>

Bruce Lee was a Chinese-American martial artist and actor, who is considered by many as the most influential martial artist of the 20th century, and an important cultural icon. He used Wing Chun, a branch of Chinese kung fu, as his base, learned from the influences of other martial arts, and later created his own martial art philosophy — Jeet Kune Do. His films are The Big Boss, Fist of Fury, Way of the Dragon, Enter the Dragon, and Game of Death.

Jackie Chan is a Hong Kong martial artist, actor, and singer. He began his film career as a stuntman in the Bruce Lee films. Now a cultural icon, he is widely known for injecting comedy and stunts into his martial arts performances. Jackie has received stars on the Hong Kong Avenue of Stars and the Hollywood Walk of Fame. In 2008 he sang at the closing ceremony of the 2008 Beijing Summer Olympics. He has starred in over 100 films, and some famous ones include Rumble in the Bronx, Rush Hour, and Who Am I.

Born in Beijing, Jet Li was a five-time national wushuchampion. After retiring from wushuat the age of 17, he demonstrated his skills in cinema, and won great acclaim in China as a debut actor with the film Shaolin Temple. He went on to star in many martial arts films, of which the most notable are the Once Upon A Time in China series, portraying famous folk hero Wong Fei Hung. His roles in Hollywood films include being a villain in Lethal Weapon 4, acting alongside Sylvester Stallone in The Expendables, as well as Hero, Fealess, and The Mummy: Tomb of the Dragon Emperor. 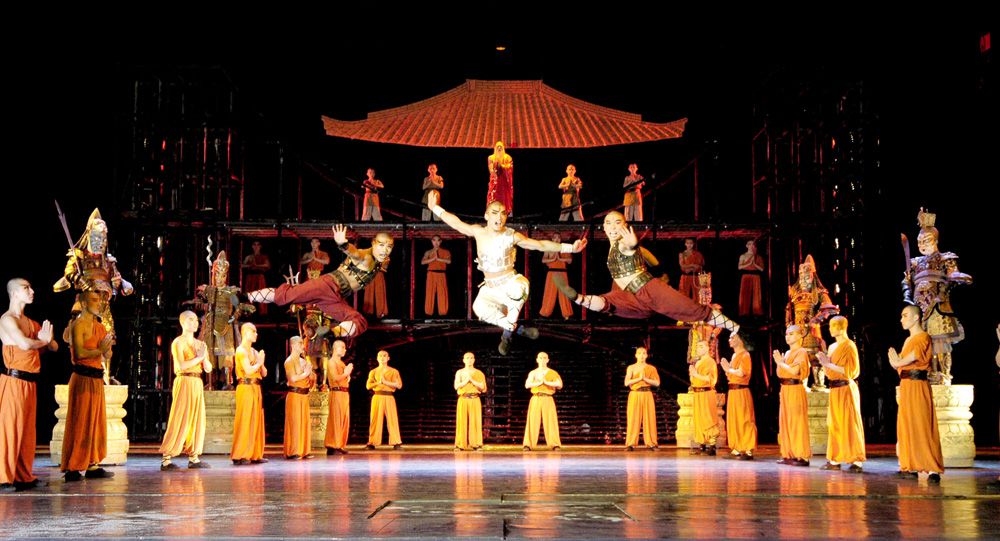 Because of kung fu TV series in the 1970s and movies about Shaolin Kung Fu, this Buddhist temple in Henan Province became known around the world. The temple has a long history. It was destroyed or closed and reopened and rebuilt over and over. Read more on Shaolin Temple>> 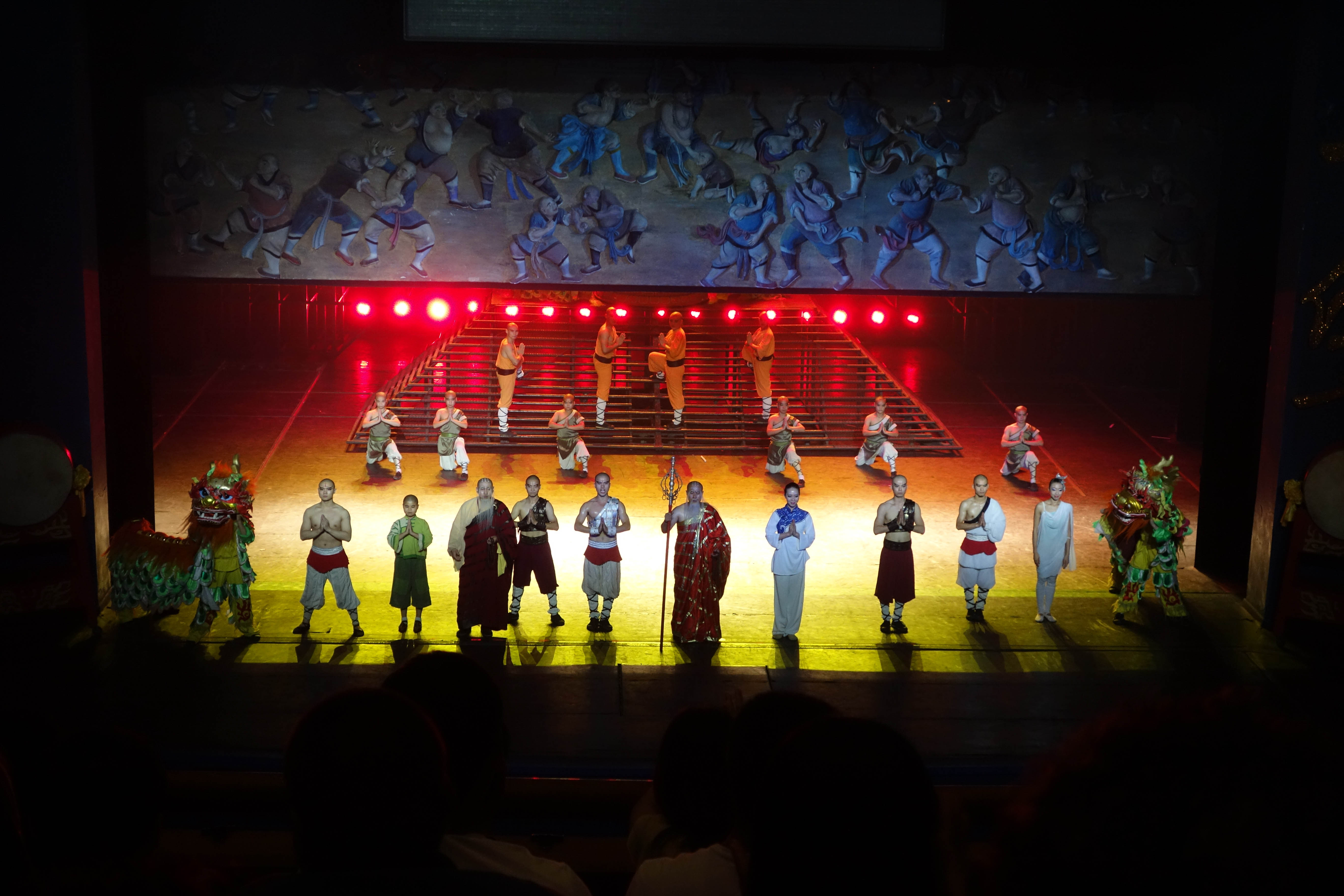