Amazing China Trip offers 1 and 2-day customized group and private tours and tour packages to Zhangjiajie, a land of totally fantastic scenery and breath-taking fun in the UNESCO protected nature. We can bet you have never seen anything like that in your life and you are risking to lose the opportunity if you don’t visit the place of such unique landscapes and geographical features. 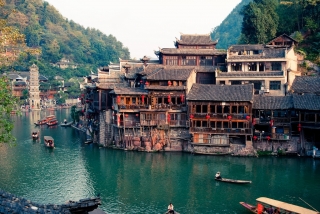 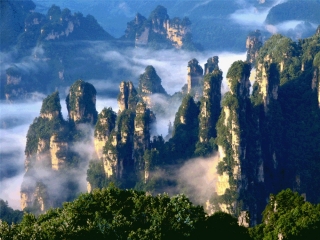 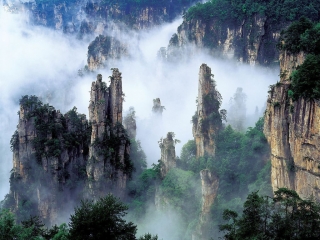 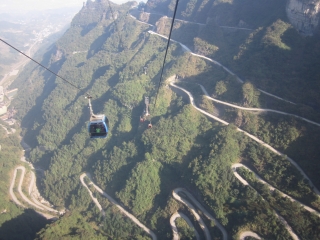 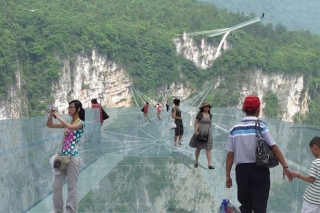 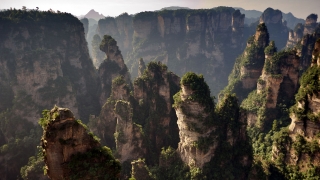 There are two national reserve parks near the city itself - Wulingyuan and Tianmenshan. They are located in two different directions from the city and require separate entrance tickets. The National Park of Zhangjiajie is a part of Wulingyuan while Tianmen Mountain is the highest mountain of Tianmenshan.

Our guides can take you to Zhangjiajie Park which is impossible to see in a day since there are so many things to do and see: numerous rocky peaks, Avatar mountains, temples and pavilions plus monkeys and tortoises in a pond. Or choose Tianmen Mountain with its super-fabulous and super scary lift and funicular, a path with the glass floor, a go-through cave, forests and vertical rocks with their tops in the sky. The Yellow Dragon Cave is sure to impress you with its size, several halls, an underground river and sophisticated stalactites and stalagmites. If you like water sightseeing you may go to Beofang Lake encircled by Avatar mountains and take a ride in a traditional boat.

Zhangjiajie became a World Heritage Site in 1992 and has a great potential as one of most desired travel destinations in China.